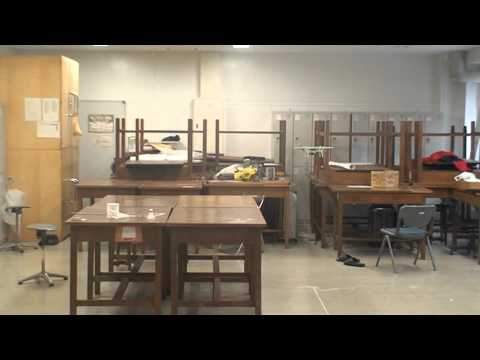 The sequence of this tutorial program are as follows.

Before running program, please put Phenox2 on the ground and do not move it until message "CPU0:Finished Initialization" appears. If users move Phenox2 during initialization, CPU1 detects movement and stops initialization. When this happens, please reboot Phenox2 by "reboot" command.

Please hold Phenox2 and move above flight space to check number of feature points, and put markers on the ground if needed. 15 feature points are enough to estimate self position stably.

After flight space is prepared, put Phenox2 on the ground, and blow whisle near Phenox2 strongly. Phenox2 operates 3 seconds of start up of motors, and takes off (PX_UP). Then, Phenox2 enters hover state (PX_HOVER) and try to fly at same position for about 8 seconds. Then, Phenox2 moves forward about 1.5m, and try to keep the same position.

Flying Phenox2 can be stopped immediately by holding one of legs and tilt it largely.